A US Lime producer needed to replace 2 brute force vibratory screens at their limestone quarry due to constant failure of the drive bearings, lost production time and maintenance costs. After discussions with plant engineering, a single unit with a natural frequency drive screen was selected to process crushed limestone at a rate of 650 tons per hour.

This double deck screen processed the -6 inch crushed limestone with an upper grizzly deck making a 2.5″ separation and the lower screen deck making a secondary separation at 1/2″ – 3/4″. Shortly after installation of the new vibratory screen, the second old screener was deemed redundant and has been eliminated from operation. The natural frequency drive can use 75% less HP than brute force units. Unit has been in service since the fall of 2012 and has not stopped operation. 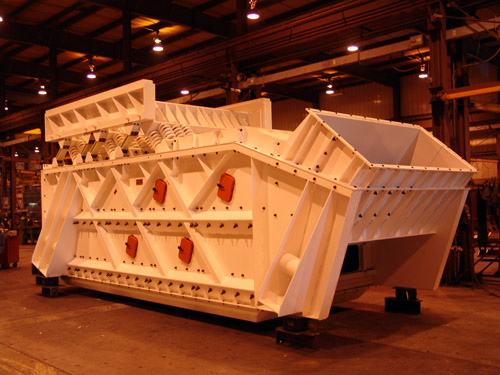 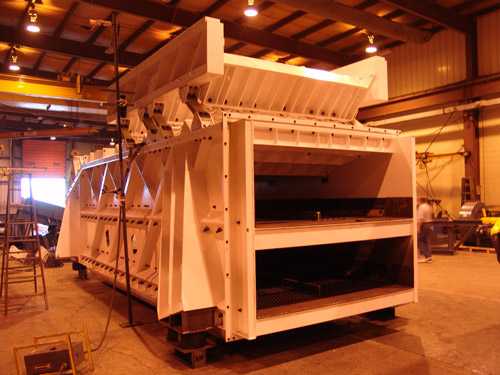