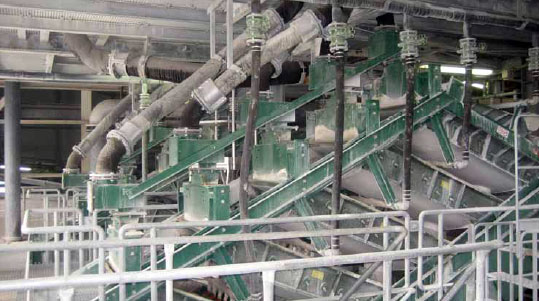 To increase final production by 20%, the sand producer decided to evaluate the possibility and benefits of replacing the hydraulic classifiers and control screens with Stack Sizers to improve classification efficiency and reduce energy usage and water consumption.

Testing was then performed and the Derrick Stack Sizers achieved an overall classification efficiency of 93.6% while using 87% less water than the upstream classifiers.  Based on the on-site testing, the upstream hydraulic classifiers were replaced with the two Stack Sizers. 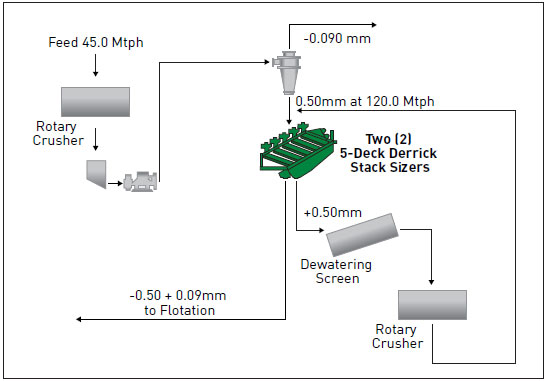 Next post: One Linear Motion Screen is more efficient than 12 Round Screens