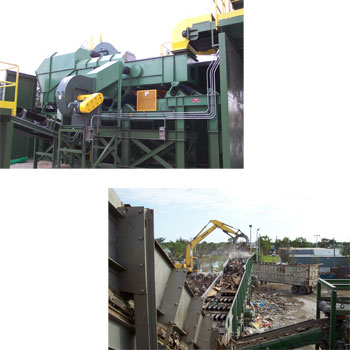 A U.S. recycler required a more efficient sorting solution for the separation of Construction and Demolition waste.  The existing system was inefficient and could only process around 350 cubic yards of C&D waste.  This wasn’t fast enough to keep up with the incoming waste stream.

Proposed enhancements to the existing system included a Vibrating Finger Screen and a De-Stoner Air Classifier, as well as, other system enhancements to increase material throughput.

After this equipment was added and installed, the system was able to process and separate heavy and light aggregate at over 750 cubic yards per hour with reduced operating costs and maintenance.  This was double the existing processing capacity with increased efficiency.